After mainstream media did as ordered and universally hailed Michael Sam for being gay, everyday football fans were noticing the stark difference in the way that same media treated Tim Tebow over his Christian faith.. 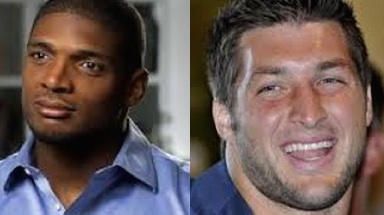 Here’s what some folks on Twitter had to say.

END_OF_DOCUMENT_TOKEN_TO_BE_REPLACED

“I think whenever you put a roster together you look at it and say ‘Okay, we’re a little heavy here and we’re a little light here’ relative to where your team has been in the past or maybe relative to what the norm is around the league,” END_OF_DOCUMENT_TOKEN_TO_BE_REPLACED