SPRINGDALE, AR. (THECOUNT) — Josh Duggar, former “19 Kids and Counting star,” pleaded not guilty to child pornography charges in Arkansas on Friday, according to an indictment and court proceedings, according to NYTimes.

Duggar was arrested on Thursday in Springdale, where he lives with his wife and six children. According to prosecutors, in May 2019 he used the internet to download explicit material showing the sexual abuse of children, some younger than 12 years old. 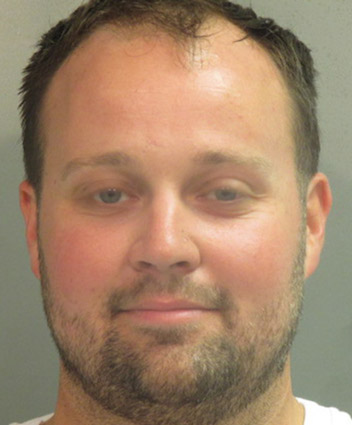 On Friday, Mr. Duggar entered the not guilty plea during an online court hearing. He appeared from the detention center in Washington County, where he had been held since his arrest on Thursday, according to online detainee records. A detention hearing was set for Wednesday and his trial was scheduled for July 6.

Duggar, 33, was taken into custody by the U.S. Marshals Service on Thursday. Online jail records do not indicate what charges he was arrested or when he was booked.

The reality star has faced various controversies since entering the public eye with his family on TLC reality series, 19 Kids and Counting, according to People.

In mid-May 2015, Josh apologized for his “wrongdoing” after a 2006 police report revealed that he had been investigated as a teen for inappropriately touching five underage girls. His sisters Jill, 25, and Jessa, 24, subsequently stepped forward as two of the victims.

Months later, in August 2015, Gawker reported that the oldest Duggar son appeared to have had active accounts on Ashley Madison, a website created to facilitate cheating on your spouse.

Josh ultimately confessed to having a pornography addiction and cheating on wife Anna Duggar in an apologetic statement on the Duggar family website.

“I have been the biggest hypocrite ever. While espousing faith and family values, I have secretly over the last several years been viewing pornography on the internet and this became a secret addiction and I became unfaithful to my wife. I am so ashamed of the double life that I have been living and am grieved for the hurt, pain and disgrace my sin has caused my wife and family, and most of all Jesus and all those who profess faith in Him,” the statement read.

Most recently, Josh faced a real estate lawsuit in 2019. In September of that year, KARK.com reported that a three-day jury trial is set for Josh, who is “accused of fraud and is being sued for ‘quiet title’ and breaching a contract, according to court records.”

Josh’s place of employment, an Arkansas car dealership, was also previously raided by Homeland Security as part of an “ongoing federal investigation” in November 2019, authorities told TV station KNWA at the time. It was unclear whether Josh was the focus of the investigation.

Various outlets had previously reported that Homeland Security had raided the Duggar family home, which they denied.

“We were shocked to see a news report today state that our home was raided by federal law enforcement agencies. This is not true. To the best of our knowledge, it’s also not true that any member of our family is the target of any investigation of any kind,” a rep for the family told PEOPLE in a statement following the reports.

Earlier this week, Anna, 32, announced that she and Josh are expecting their seventh child together, a baby girl.