In January, Avenatti, 48, taken into custody by IRS agents Tuesday on allegations of violating the terms of his pretrial release. He remained in jail until today. He will now be transferred to prison to serve his term. Sentencing with occur at a later date. 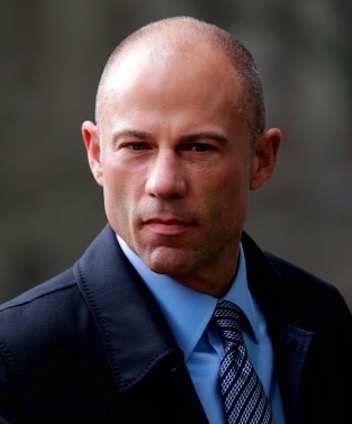 The trial in Manhattan Federal Court revealed that Avenatti, facing nearly $11 million in debt, tried to take advantage of an elite youth basketball coach’s legal claims against Nike. The coach, Gary Franklin, said Nike execs had ordered him to make secret cash payments to the families of prominent players — a violation of NCAA rules and potentially a federal crime, reports NYDailyNews.

Avenatti has been facing criminal investigations in New York and California on a variety of issues, including alleged extortion of Nike in New York, wire fraud of a client and tax fraud in California.

The State Bar of California last year began the process to disbar him from law practice in the state.

On Tuesday, Avenatti was appearing for a disciplinary hearing involving the California State Bar.

During a break in the proceedings, IRS agents took him into custody, sources tell ABC7.