A screengrab from the wayward newscast sport segment confirmed dramatic moment and it was all in writing. Cue the gasps. 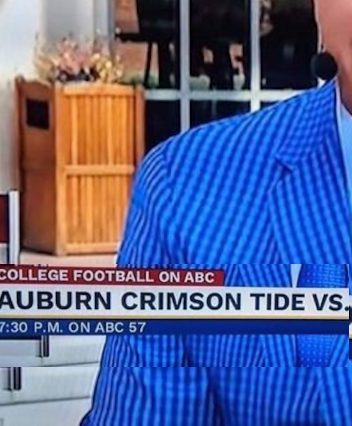 SaturdayDownSouth called the blunder, “blasphemy in The Yellowhammer State.”

Let’s just say the mood around the newsroom was somber Saturday afternoon. 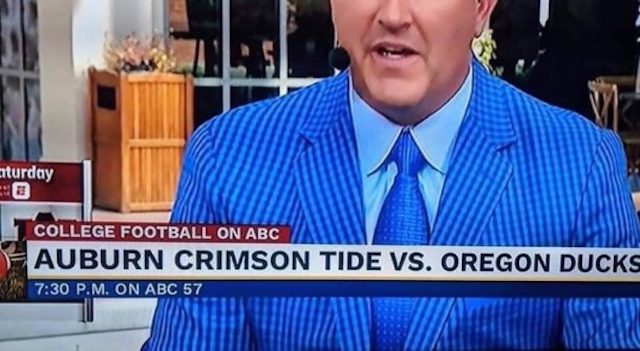 The only question that remains is which fanbase is more pissed off? Alabama or Auburn? 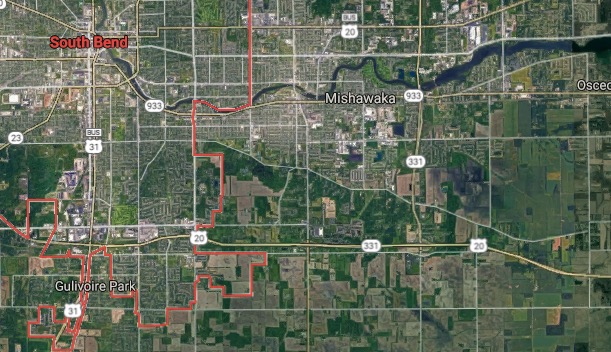 Geo quick facts: South Bend is a city on the St. Joseph River in Indiana. It’s known for the adjacent University of Notre Dame, with its gold-domed main building. In the city center, the Studebaker National Museum displays classic cars made by the now-defunct local company. The nearby History Museum has exhibits spotlighting aspects of regional life. The museum also owns 3 historic homes, including the 19th-century Oliver Mansion – wikipedia.