DINWIDDIE, VA. (THECOUNT) — Michael Somerville, a deacon at Shiloh Baptist Church in Blackstone, Virginia, said his wife, Wartena Somerville, was one of the victims in a crash that took the life of four individuals Tuesday night.

Deacon Somerville said Wartena was a teacher a Crewe Elementary School and sang in the choir. 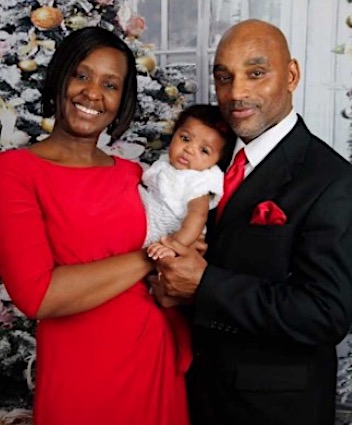 They two have a 9-month-old daughter together.

Four people died and several others were injured after a church van was rear-ended in Dinwiddie County.

The crash occurred in the near Zion Road and Route 460 just before 7 p.m. Tuesday evening after the van slowed to make a turn into a church parking lot.

Police said an Ford-450 truck pulling a trailer loaded with metal rear-ended the van, causing it to overturn several times before it landed on its side. The truck ran off the side of the road and hit a guardrail, reports NBC12.

State police said there were 11 passengers on the van, four of which died at the scene, three were flown to VCU Medical Center with life-threatening injuries and four others were taken by ambulance to nearby hospitals with serious injuries.

Officials with VCU Medical Center said three adult female patients were flown to the hospital for treatment and are expected to survive. An additional patient was also being transported to VCU Medical Center, according to hospital officials.

The male driver of the truck was taken to the hospital with minor injuries.