ATHENS, GA. (THECOUNT) — Elija Godwin has been identified as the University of Georgia sprinter lucky to be alive after accidentally impaling himself with a javelin.

Godwin, a freshmen sprinter on the team, was running drills on Tuesday afternoon when he backed into a javelin while performing a backwards sprint. The spear was stuck in the rack pointing upward at an angle when the freshman collided with it. 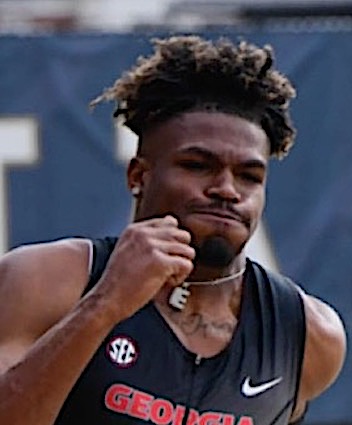 According to police reports, Godwin immediately went down and his teammates packed the area with gauze until he could be rushed to a hospital for emergency surgery, reports 11Alive.

Medical personnel reportedly had to saw off the piece of spear sticking out of his back to be able to get him into the ambulance with the front piece of the javelin still stuck inside his body.

The javelin reportedly went straight through Godwin’s back and became lodged in his chest. He suffered a punctured his lung which led to a collapsed lung. He has since successfully made it through surgery.

He off of oxygen and breathing on his own, according to his mother, Ginger Luby.

Happily, Luby says her son is expected to make a full recovery and might even be back to competing next year.

According to the official University of Georgia Track and Field website, Godwin is from Covington, Georgia and graduated from Newton High School.

Geo quick facts: Athens is a city in northeast Georgia. It’s known for its antebellum architecture. It marks the start of the state’s Antebellum Trail of historic Civil War towns. The T.R.R. Cobb House, the mansion of a mid-19th-century lawyer, has period furniture and exhibits related to Southern history. Nearby, the Taylor Grady House is a Greek Revival mansion, and the Church-Waddel-Brumby House dates from the early 19th century – wikipedia.