Add KANYE To The KURSE of The Kardashian Men 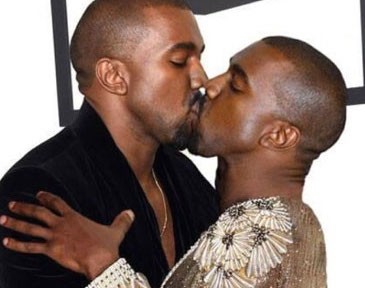 Kim Kardashian West cancelled an appearance at the Angel Ball in New York City this week, which would have been her first public appearance since falling victim to a robbery in Paris.

Misery seeks company, and now Kanye joins several men who entered into a relationship with a Kardashian and barely got out alive. NBA star Kris Humphries started dating Kim back in October 2010, and the pair were engaged just seven months later. By August 2011, they had got married, with the wedding airing on E! in the October – but it wasn’t meant to be. On Halloween that year, it was revealed that Kim had filed for a divorce just 72 days after the tied the knot, with many branding the relationship a publicity stunt. What followed was a long legal battle, with the former lovers reaching a settlement in April 2013 – which was finalised two months later.

It’s been a long, complicated and winding road for Odom and Khloe Kardashian, who finally reached a divorce settlement recently after she first filed to dissolve their marriage in December 2013.

However, she put proceedings on hold last year, when the sportsman suffered a near-fatal overdose in a Las Vegas brothel in October 2015. It was recently revealed Lamar is “completely out” of Khloe’s life, almost a year after she nursed him back to health following his collapse. A source said: “Lamar is out of her life completely. No animosity there – she still cares about him, she still wants him to be safe, but it’s over.” He has made a miraculous recovery and despite a recent incident that saw him allegedly vomit on a airplane, an insider recently told People magazine that the former LA Lakers star is leading a quieter life .

Another rollercoaster love story, Disick is reportedly back living with Kourtney Kardashian– the mum of his children mason, six, Penelope, four, and 23-month-old Reign. The pair are said to be getting on really well recently, and People magazine has even claimed the on/off couple could have another baby together. They were an item for nine years before splitting last year, and Scott has had his own drama and issues to battle. He previously spent time in rehab after suffering with substance abuse, and admitted it helped him realise how to be “happy” with himself. I used to always think that when I was drunk the real me came out. And I always thought the real me was a bad person,” he previously said. “So I have been able to kind of forgive myself for all the things and now I’m just focusing on actually being me. I’ve actually just been happy for the first time in a long time.” Kylie Jenner‘s on/off beau Tyga has also had his share of drama, and it was claimed he fell sick and ‘lost his memory’ when he was quizzed about how much he spends on her during a legal hearing last month. The thus-far failed rapper, 26, was called into the hearing by celebrity jeweller Jason Arasheben of Beverly Hills, who wanted to ensure he was able to pay off a $200,000 judgment for a diamond encrusted watch and chain. However, according to reports , while he managed to answer all of the questions put to him – he suddenly became sick when his girlfriend was brought up. It comes after claims emerged the star’s $233,000, 2013 Mercedes G-Wagon has to be re-possessed earlier this year after he had allegedly missed payments for four months. h/t mirror