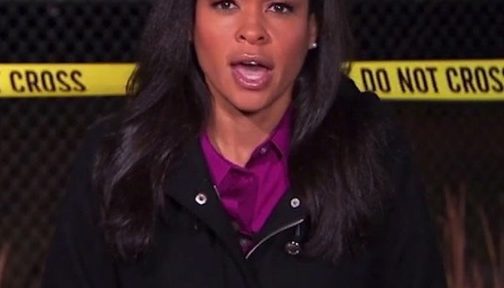 The crime scene tape was just a TV prop to make it look like she was in front of the real crime scene … and the lie was exposed in a photo obtained by CNN. You can clearly see the yellow tape was tied to production equipment to give the illusion Davis was reporting right from the scene of the investigation. The segment aired on “Good Morning America.” ABC News is placing the blame on the field producer — saying, “As soon as it was brought to our attention, we decided to take the producer out of the field, and we’re investigating further.” “This action is completely unacceptable and fails to meet the standards of ABC News,” ABC News’ VP of Communication said in a statement. h/t tmz Davis made headlines earlier this week for her interview with rapper Lil Wayne for ABC Nightline.