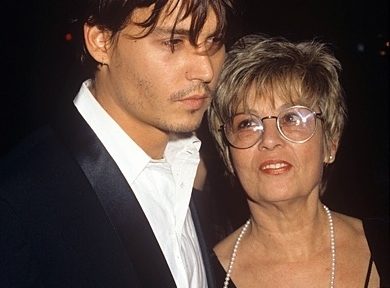 Depp had an especially close relationship with his mother, who was a frequent guest of the actor at various Hollywood functions over the years. In 2004, Palmer accompanied her son to the Academy Awards when he was nominated for best actor for his role in Pirates of the Caribbean: The Curse of the Black Pearl. In 2012, Palmer was reportedly admitted to the ICU at Cedars-Sinai Medical Center in Los Angeles. And in 2014, Depp was spotted taking Palmer and Heard out for New Year’s Eve dinner. “It was obvious that Johnny was at dinner with his two favorite ladies,” an observer at Ago Restaurant in West Hollywood told PEOPLE at the time. “He seemed very, very happy.”Depp has been candid about how his difficult upbringing forged a close relationship with his mom. “My mother was raised in a shack, in the wilds of Appalachia, where the toilet was an outhouse,” he said in a 2013 interview with Rolling Stone. “She used to say she did the same things that her mom did – and her mom certainly didn’t know any better. With my kids, they’re told 75 times a day that they’re loved. One thing I know is they feel loved and secure and happy and needed and necessary and a part of something.” h/t people

In 1995 he spent nearly $1 million on a 43-acre Kentucky farm for Palmer, according to ET.