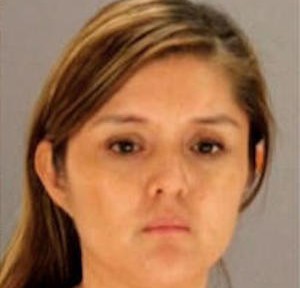 Delgago will be transferred to Mexico City, where she will be detained pending proceedings for extrication to North Texas.Dallas police and the FBI have not yet confirmed Delgado’s arrest. She was indicted for capital murder last fall in the death of Dr. Kendra Hatcher, a 35-year-old dentist found dead in the parking garage of her apartment complex. A reward of up to $100,000 was being offered for any information leading directly to Delgado’s arrest. Investigators believe Delgado, who allegedly dated Hatcher’s boyfriend, planned Hatcher’s murder and hired people to carry it out. Crystal Cortes and Kristopher Love are in prison for their involvement in Hatcher’s murder. “It is believed she was jealous because the victim was dating Delgado’s ex-boyfriend and had recently been introduced to his parents,” the FBI wrote on its wanted poster for Delgado. “Brenda Delgado was able to effectively manipulate everyone she involved in her calculated scheme,” said Thomas M. Class Sr., special agent in charge of the FBI’s Dallas Field Office, in a statement. “Although she didn’t pull the trigger herself, she is still responsible for the murder of Dr. Kendra Hatcher, and through international publicity and a significant reward offering, we intend to find her and to bring her to justice.” h/t nbcdfw Delgado, born Brenda Berenice Delgado Reynaga, is the second North Texan on the FBI’s “Most Wanted” list. Yaser Abdel Said of Irving has been on the run since 2008, after being accused of murdering his two teenage daughters. He was added to the list in 2014.