Plane Crashes Into Car After Going Down On San Diego freeway 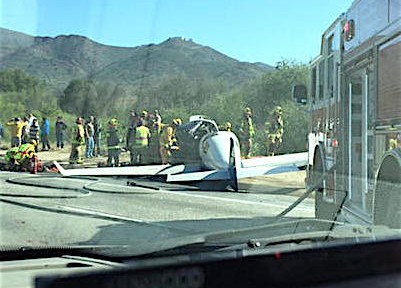 CHP officers and firefighters rushed to the location near Pala Road. The extent of the injuries are unclear, though medics have been called to the scene. h/t nbcsandiego This is developing story. Check back for more details as they become available.