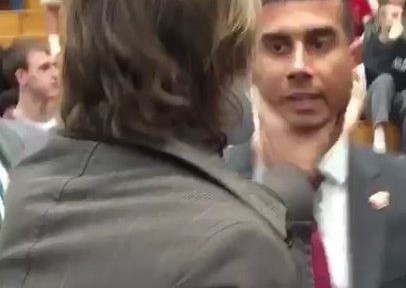 According to The Independent Journal’s congressional reporter Joe Perticone, the man holding the camera in the video below is a journalist. Perticone writes, “Secret Service agent choke slams reporter. ” The video doesn’t show that, but it does show this reporter kicking the agent from an apparent defensive position. Nevertheless, once whatever happened between the two men is over, and both are standing, watch the reporter suddenly reach out and grab the Secret Service agent’s throat. h/t breitbart