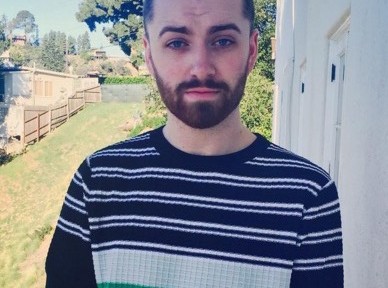 A rare EGOT winner, Gielgud is considered one of the greatest actors of the 20th century, and he was the first openly gay actor to win an Oscar, and he did it for his turn in the British comedy starring Dudley Moore and Liza Minelli. He was a deeply private man and after his death in 2000 at the age of 96, letters were published that revealed he was threatened and blackmailed with being exposed as homosexual in the 1950s.

He carefully crafted the controversial X-rated film starring Jon Voight and Dustin Hoffman as two hustlers in New York City to appeal to both a gay and mainstream audience, which allowed other filmmakers to directly address gay identity in later films. It also won Best Picture and Best Adapted Screenplay that year.

Etheridge publicly discussed her sexuality as she began campaigning for President Bill Clinton in 1993. Later, she teamed up with former Vice President Al Gore for an original song to accompany his documentary on the dangers of global warming, An Inconvenient Truth. Etheridge’s win was a huge shock since the rock singer was up against not only a Randy Newman contribution to Pixar’s Cars but three new tracks from blockbuster movie-musical Dreamgirls as well.

Sondheim is used to sweeping at the Grammys and Tonys, but his contribution to Dick Tracy starring Warren Beatty, Madonna and Al Pacino is his only Oscar win. Madonna recorded the jazz ballad for the film.

Ashman provided lyrics to some of Disney’s most iconic songs and movies, working with composer Alan Menken on The Little Mermaid and Beauty and the Beast. Their work for both those films earned the pair two Best Original Song wins, though Ashman passed away from AIDs complications before having the chance to accept his second trophy.

Condon not only adapted the screenplay for Gods and Monsters but he also directed the film that dramatized the final days of Frankenstein director James Whale. Before the 2016 Oscar ceremony, Ian McKellen, who portrayed Whale on screen, pointed out the disparity in Best Actor winners and how there has never been a non-straight male actor to take home the award in that particular category.

Milk had a big year at the 2009 Oscar ceremony when not only did Sean Penn take home the Best Actor trophy for his portrayal of slain gay rights activist and politician Harvey Milk, but first-time nominee Dustin Lance Black was also recognized for his screenwriting achievement as well. Black later wrote the screenplay for 2011’s J. Edgar starring Leonardo DiCaprio as well as the play 8 about the federal trial that led to the overturn of Proposition 8 — which allowed same-sex couples to legally wed in California. Black has been engaged to Olympic diver Tom Daley since October.

The British singer-songwriter was a shoe-in for the Best Original Song win with three Lion King tracks nominated that year. He wrote the music to accompany Tim Rice’s lyrics for the Disney film’s biggest ballad, which helped John come one step closer to an EGOT (he’s still missing an Emmy). John came out to Rolling Stone as bisexual in the mid-Seventies before revealing that he’s gay a decade later. He met his longtime partner David Furnish in 1993, and the couple officially married in 2014 and have two children.

The lush, neoclassical score that the composer wrote for the film that follows a single violin over the course of centuries earned him his second Academy Award nomination (his first was for the 1980’s Altered States) and a surprise win since the odds favorite that year was Thomas Newman’s music for “American Beauty.”

Directed by Sam Mendes, the film took a total of five Academy Awards that year, including this one for Alan Ball, who was already well-known as the creator of HBO’s Six Feet Under television show that featuredDavid Fisher (played by Michael C. Hall), one of the most important gay characters on TV.

The producer shares this Oscar with directors Joel and Ethan Coen. That same year, another Rudin production, Paul Thomas Anderson’s There Will Be Blood, was also nominated for Best Picture, so Rudin’s chances of taking home a statue were that much more likely. h/t rollingstone