Producer AraabMuzik Shot In The Head In Harlem 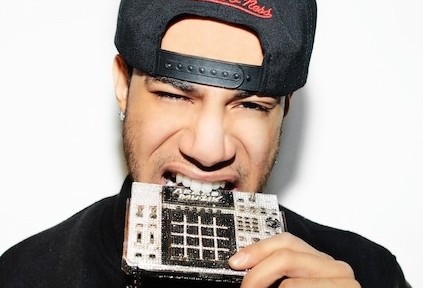 Music producer AraabMuzik was shot in his head, jaw and right arm last night in Harlem. He is expected to survive.

A friend with AraabMuzik, (whose real name is Abraham Orellana,) was shot in the right leg in the incident. Both are recovering in area hospitals. Araabmuzik, whose real name is Abraham Orellana, was in the ProPark America parking garage on 125th Street when he and his friend, 32 year old James Malloy were shot by an unsuspecting assailant who made the 26 year old producer think that he dropped something before getting in a friend’s BMW. Orellana rolled down his window for the assailant who opened fire into the vehicle. Orellana is currently in Harlem Hospital recovering from surgery after suffering a graze wound to the head. He and Malloy are currently in stable condition. h/t thesource Police recovered 3 .380 caliber shell casings from the scene of the shooting. No suspects have been taken into custody.