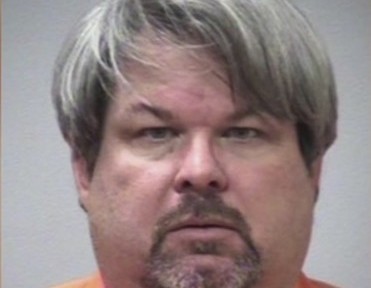 Jason Dalton, the suspect in the deadly shooting spree in Kalamazoo that left six people dead and two others seriously injured, was a working Uber driver, who dropped off fares during the 7-hour rampage.

Dalton, 45, was dropping off Uber passengers in between three different shooting locations on Thursday night. None of those fares were injured. Police are investigating reports that he dropped off a group of people at a Fairfield Inn, then went next door to the Cracker Barrel and opened fire, killing four people and severely injuring a 14-year-old girl. Kalamazoo County Undersheriff Paul Matyas described a terrifying rampage that began about 6 p.m. outside the Meadows Apartment complex in Richland Township, on the eastern edge of Kalamazoo County, where a woman was shot multiple times and seriously wounded. She was scheduled for surgery Sunday morning. A little more than four hours later and 15 miles away, a father and son were fatally shot while looking at cars at the dealership. Fifteen minutes after that, five people — including the teenage girl who police originally said had been killed, based on a pronouncement by medical officials — were gunned down in the parking lot of a Cracker Barrel restaurant along Interstate 94, Matyas said. Police said Sunday morning the injured teen remained in serious condition. h/t wxyz

Dalton’s past Uber fares had reported him as an “unsafe driver,” who “sideswiped cars,” while delivering his passengers. Police confirmed the shootings were random and that Dalton was on the Uber clock while he conducted his deadly shooting spree.