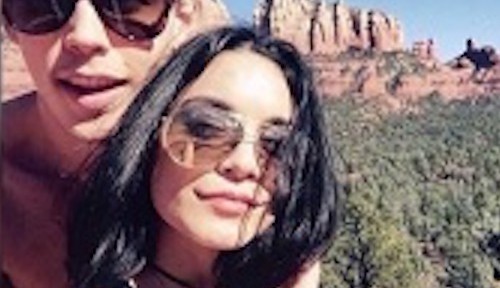 Vanessa Hudgens and boyfriend Austin Butler are facing jail time and a stiff fine after being caught defacing a rock in Sedona, Arizona’s Coconino National Forest.

The couple carved their names surrounded by a heart into the ancient rock and posted the photo to social media during a visit over Valentine’s Day weekend. The instagram post (below) has since been deleted. Hudgens, who came to fame starring in Disney’s 2006 hit, “High School Musical,” posted an Instagram picture of the love birds’ names carved into the rock surrounded by a heart. (The post has since been removed.) There’s just one problem: The carving may be located in the Red Rock Ranger District of the Coconino National Forest, and it’s against federal law to damage “any natural feature or other property of the United States,” according to a statement issued by Brady Smith, a Coconino National Forest spokesman. h/t wtvr