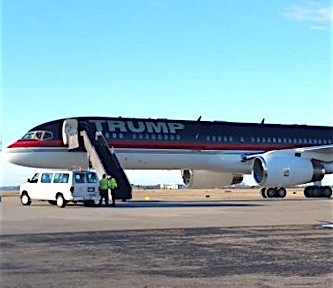 Despite the mechanical issues, Trump attracted more than 11,500 people, beating the old venue record held at the Barton Coliseum set by ZZ Top back in the 1970s. Trump downplayed his tardiness, saying only that it was “rough” getting there, but there was “no way” he would head back to New York instead of continue on to Little Rock.