Kurt Cobain Ex-GF To Courtney Love: “I Have NO FEAR Of You” 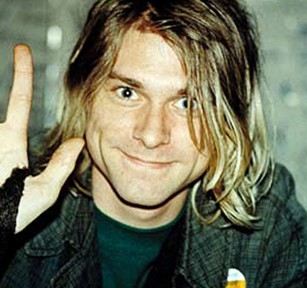 Mary Lou Lord, Kurt Cobain‘s ex-girlfriend, took to Facebook to slam Courtney Love for the first time in a public forum. In part, Lord said in a pair of rants aimed squarely at Love “I will crush you. You are a self serving sociopath. Congrats on all the money that you got, that was never YOURS to begin with. You are scum. And I am about to CRUSH YOU. Let the Tom games begin. I am behind him.”

Lord, who has largely shunned the spotlight, has now emerged to say she supports Cobain conspiracy theorist Tom Grant. Grant is the private investigator behind documentary “Soaked in Bleach.” Do the math. To Courtney and her sycophants and lemmings….
There is a very BIG difference between “Name Drop” and “clearing your name/history”….especially if this person/band/connection might be one of the things that will always haunt you by the fact this it is now still “a living, breathing, thing”…..and I will not go down without a f–king fight to set the record straight with that c–t. I honestly mean that. I HATE her, and why didn’t I say anything back then? I was too scared. And also, out of respect for Kurt’s daughter who was a child. I also had my own child, and it’s not cool to be putting anyone’s parents down in a place where a child might see it. I kept my mouth shut for Frances. I didn’t want to add more hate on top of what that poor kid must have already had to go through concerning the parent she had left. But now Frances is older, and married, and seems happy and grounded. That’s all that would have been important to him. And I respected him. No matter how much I did want to say what I wanted to say back then. It was the case for Many of us. We were scared s–t of Courtney, her sycophants, and had to keep our mouths shut or start some kind of a flame war. None of that would have been good, or smart. Especially if there were any children involved.
But now, it appears that time did what it was meant to do, and Courtney love does not have the respect, trust, or power she once had ANd therefore, I am no longer fearful. But at one time, during the time I never said a word out of fear of a flame war with all her Courtney-tard followers. I just sat, silentely, and watched her lie about me (and everything and everyone else. She built her world, and manipulated other people’s lives by being the best LIAR and best actress in the world. Something that twisted and f–ked with a lot of good people. …I know at this point, I really am far too old for this s–t, but I know also, that even in my own small (and not famous or plastic life), I have just as much right to say NOW what I wanted to say then, but was too afraid of her, and her insanity, and in protecting my parents and loved ones. (she WAS that BAT s–t)…..but now, I am fearless of that c–t, and I will say exactly what I thought of her back then. And, that Nirvana band, is still just as evident now as it was then. SO, any accusers of me ” name dropping, etc” you can just f–k off. I am FAR from done with this sociopathic money hungry, fame mongering , terribly dressed NO TALENT s–t bag. Yes YOU Courtney Love. (having to read the lyrics to 13?) and your other bulls–t?
You BELONG in a theater. You are an actress. You were never you. You are the BEST actress i have ever seen, as a matter of fact…..YOU SOLD A LIE. And you f–ked up SO many lives. NEVER ever f–k with me again you c–t, cause I will crush you. I have waited 26 years for this. And it’s time. I will crush you. You are a self serving sociopath. Congrats on all the money that you got, that was never YOURS to begin with. You are scum. And I am about to CRUSH YOU. Let the Tom games begin. I am behind him. You will never know this, and neither will you Tom, but I did talk to him, and I DO know what he told me……..f–k YOU COURTNEY you piece of s–t sociopathic lemming, leech, and ultimate mind f–k bully! Stop f–king with me in your stupid private shares. I have NO FEAR of you any longer. You are a joke. Leave ME ALONE! Havent’ we both grown up by now? Shouldn’t you be happy with your Millions and Millions of dollars that YOU never earned or deserved? Stay the f–k away from me. In another statement posted a few days later, Lord thanked her supporters before going further into the alleged harassment she suffered from Courtney’s fans. Lord also accuses Love of violently attacking her in the past:

OUCH! Do you guys believe that Courtney had this harsh commentary coming? Comment below!