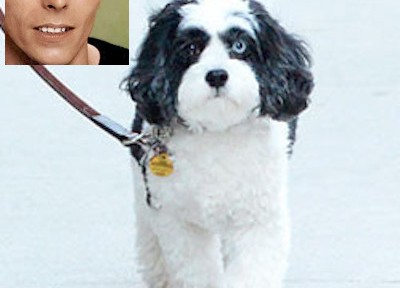 Iman has emerged for the first time since her husband David Bowie‘s death. The supermodel was spotted in NYC walking the family dog, who has eyes strangely reminiscent of Bowie.

As the world mourns the loss of the singer, Iman bravely stepped out as she walked the David’s doppelganger dog. Iman and Bowie tied the knot in April of 1992. They have a daughter together, Alexandria Zahra Jones, 15. Iman is also stepmom to David’s son, Duncan Jones.