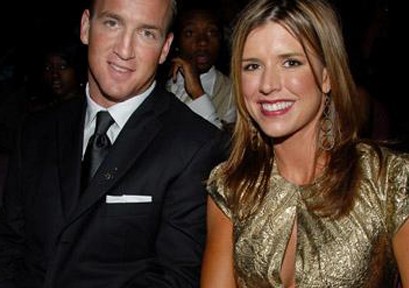 Broncos quarterback Peyton Manning responded to shocking allegations that he was supplied with human growth hormone, or GHB, compliments deliveries to his wife, Ashley. An investigative report from Al Jazeera, currently unavailable for viewing in the United States but shared in advance with the Huffington Post, implicated and named Manning as “one of many high-profile players” linked to the performance enhancing drug trade. “The allegation that I would do something like that is complete garbage and is totally made up,” Manning said in a statement released through the Broncos. “It never happened. Never. I really can’t believe somebody would put something like this on the air. Whoever said this is making stuff up.” h/t si In the report, Charlie Sly, a pharmacist who worked at the Guyer Institute, an Indiana-based anti-aging clinic, in 2011, said he was part of a team that helped Manning, then a member of the Indianapolis Colts, recover from neck surgery. Manning missed the entire 2011 season with the injury. Sly told investigators that he mailed performance enhancers, including HGH, to Manning’s wife Ashley, to keep Peyton’s name out of the transactions. According to the Huffington Post, the comments were secretly recorded on video, unbeknownst to Sly.