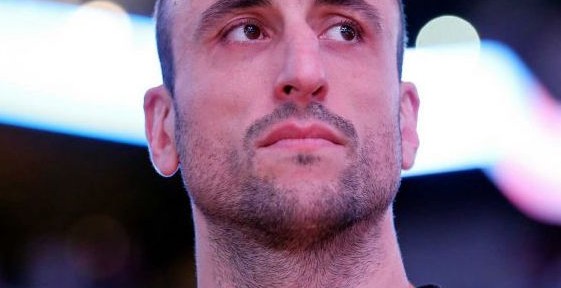 San Antonio Spurs‘ star, Manu Ginobili‘s parents were the victims of a home invasion over the Christmas holiday.

Tuesday night, two people ambushed the home of Jorge Hector Ginobili, 75, and Raquel Maccari, 69. The couple was shaken, but neither sustained serious injuries. According to a report from Argentine newspaper Clarin, the two invaders waited in a car nearby and rushed into the garage as Jorge and Raquel returned home. Raquel was thrown under a table by one of the intruders, but she did not sustain any serious injuries. Jorge was similarly left uninjured in the incident. Neither could recall if the thieves carried any weapons with them. Raquel did not possess a weapon, but she was far from helpless. She told local La Nueva media that she bit one of the interlopers’ fingers during the tense encounter. The alarms were eventually triggered, prompting the would-be crooks to flee the scene before they could make off with anything. h/t mysanantonio No suspects have been apprehended in connection with the crime.