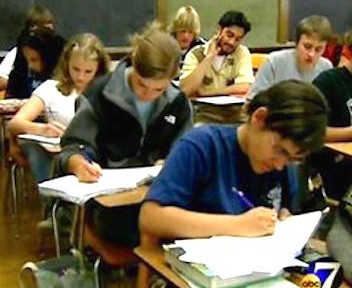 The accident occurred after the Los Angeles Unified School District closed all campuses due to a threat sent to several school board members. The boy was crossing the street at Avenue 60 and Figueroa Street at about 7:30 a.m. when the truck struck him, according to Officer Jane Kim of the Los Angeles Police Department. The driver told authorities he did not see the boy, police said, but immediately stopped after the incident and helped the teen, who was pronounced dead by Los Angeles Fire Department officers, police said. h/t abc7

It is unclear whether the boy was a student at the nearby Los Angeles International Charter High School.