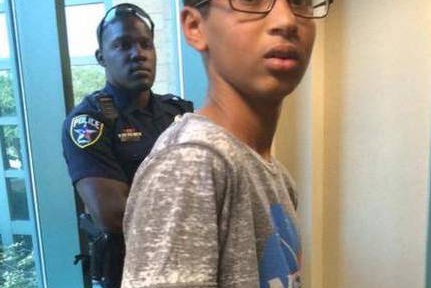 Attorneys for the family of student clockmaker, Ahmed Mohamed, has sent letters to both the City of Irving and Irving School District, demanding $15 million in damages.

The letters claim that Mohamed’s civil rights were violated, and he and his family have suffered physical and mental anguish because of the ordeal. The letters claim Ahmed was singled out “because of his race, national origin, and religion.” “Ahmed never threatened anyone, never caused harm to anyone, and never intended to. The only one who was hurt that day was Ahmed, and the damages he suffered were not because of oversight or incompetence. The school and city officials involved knew what they needed to do to protect Ahmed’s rights. They just decided not to do it,” the letter to the City states. h/t wfaa The letters demand $10 million to be paid to the family by the City of Irving, and $5 million from the school district.