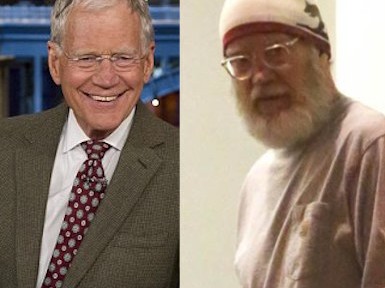 Since retiring from CBS‘ Late Show, David Letterman has kept completely to himself while staying out of the public eye. His absence, and the emergence of some new photos, has caused concern among fans who are now speculating about the host’s health.

A lot has changed since Letterman left his post, and most of that change can be seen growing on his face. Some write off the Santa Claus inspired look to the joys of retirement, while others say he may be dealing with a health crisis. We’re going with the retirement theory. Letterman was spotted in New York arriving back at his apartment with his son 11-year-old Harry and a friend on Saturday. The former late night king was wearing a beanie with a flag depicting the state of California along with casual attire and a full-on white beard. Letterman was also seen in New York back in September with his casual look on display but it appears as though his beard may have gotten ever longer since then. h/t dailymail

While Letterman sometimes sported a beard in his 33 years on air, he always kept it short and neat for TV. But in retirement, it seems that Letterman has let himself go. Letterman taped his final episode of the Late Show on May 20, and was sent off by the five living presidents.