THOT Woman In 2 Chainz Video: Now He’s Trying To Have Me Murdered! 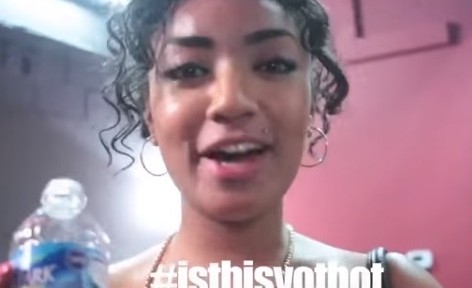 A woman 2 Chainz called a “thot” in infamous viral Youtube video has filed new documents claiming the rapper has now put out a hit out on her.

Christine Maria Chisholm filed a $5 million lawsuit in July, but now she is claiming Chainz visited the town where she lives in an effort to obtain info on her whereabouts. She says she was out for a run and a black Mercedes followed her, caught up to her and hit her … injuring her arm. And that’s not all … Christine says the 2 Chainz song “Watch Out” is about her. It includes lyrics like, “Shawty said she want 5 million, cause I told her to leave and call her a thot … We waving that thing at your body, we waving that thing at your eye.” Chisholm sued 2 Chainz in July after a video surfaced of the rapper calling her a “thot.” She says she lost her barbershop job as a result. h/t tmz

Reps for 2 Chainz have not yet commented on the new charges.