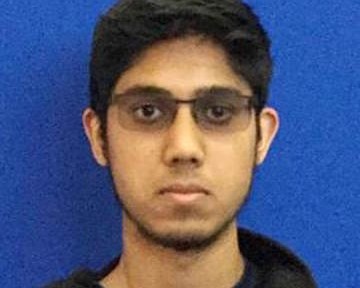 Faisal Mohammad was identified as the man who stabbed four people before being killed by police at University of California Merced.

Mohammad, 18, a freshman at the school, began stabbing classmates for an unknown motive in a classroom at around 8 a.m. Police responded and shot him dead. Investigators have not yet uncovered a motive in a stabbing rampage at a California university Wednesday that left four people wounded and the attacker dead — but items found in the young perpetrator’s backpack suggest he may have had a larger plot in mind, officials said. “There is nothing to indicate there’s any political or religious motivation pertaining to what he did yesterday,” Merced County Sheriff Vern Warnke told reporters Thursday. h/t nbcnews

Investigators found items, including zip-tie handcuffs, two plastic baggies of petroleum jelly, a night-vision scope and a safety hammer — used to break glass, which suggested Mohammad premeditated his attack and may have planned to do more damage.