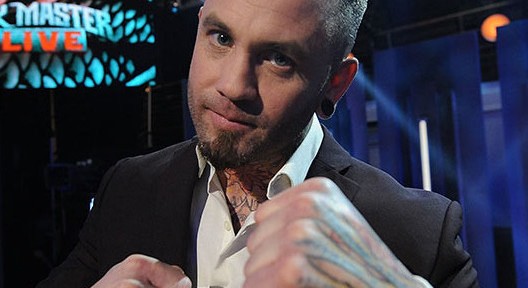 The winner of “Ink Master” season 4, Scott Marshall, has passed away. He was only 41. Details are still emerging as to what exactly took the life of the reality show contestant.

Johanna, Marshall’s wife, said he contacted her while at his tattoo shop saying he wasn’t feeling well enough to drive home from Chicago. Marshall then obtained a room at a nearby hotel. He did not respond to his wife’s phone calls placed the next day. Johanna says 2 police officers came to her door Sunday and told her Scott had passed away in his sleep. She says preliminary autopsy results show it was something to do with his heart. We spoke with the coroner and local police who would only say his death is under investigation. Scott won the show’s $100,000 prize in 2014 and was featured in Inked Magazine. He leaves behind 3 kids. h/t tmz

A rep for the show “He was a great competitor and talented artist. Our deepest condolences go out to the Marshall family and friends.”

Our thoughts and prayers go out to Marshall’s family and friends at this difficult time.