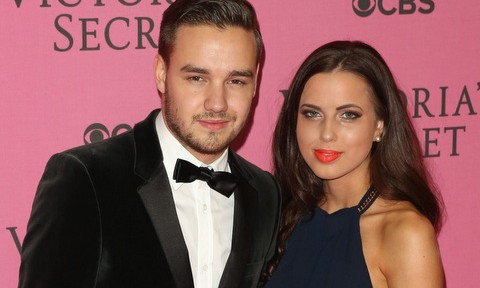 The break-up rumors were a little confusing at first. A fake Instagram account listed under Sophia Smith’s name appeared to deny they had parted ways.

The message read, “i love you more and more every day. #stop #the #rumours”.

Liam Payne posted a cryptic message on his Twitter page, which appeared to suggest he was finding comfort in music.

Liam and Sophia began dating in 2013 after being classmates in Wolverhampton.

Other break-ups in One Direction this past year included Louis Tomlinson’s split from his long-term girlfriend Eleanor Calder and former One Direction member Zayn Malik ended his engagement to Perrie Edwards. Liam and Sophia appeared to be a strong couple and the singer admitted just a month ago he was considering getting married.

In an interview with Attitude magazine, Payne said, “We have talked about marriage, but 22 seems a bit young for us. Sophia needs to go off and do what she wants to do.
‘I don’t want her to be one of those stay-at-home girlfriends who doesn’t really do much.”

On Tuesday, Liam was reportedly not feeling well enough to perform at One Direction’s show in Belfast.  The announcement was made just 30 minutes before thousands of fans were waiting for the show.

A statement confirmed the following day that it was due to him being unwell and unable to perform that night. Liam later took to Twitter to apologize to fans, who were left disappointed after Tuesday’s cancellation.

Payne tweeted, “I’m so sorry to everybody I disappointed last night. I’m feeling better now. I really hope everyone can make the rescheduled date on Friday. Thank you so much for all the trends and lovely messages you guys did for me it really shows how amazing u guys actually are”.

He added, “As I said I’m feeling much better now and I really can’t wait to perform and make it up to everyone later.”

On Thursday, there were rumors claiming that Payne had a meltdown after two years on the road touring.

Liam and his fellow bandmates – Louis, Niall Horan, and Harry Styles – will be taking a much-needed break from One Direction in March.