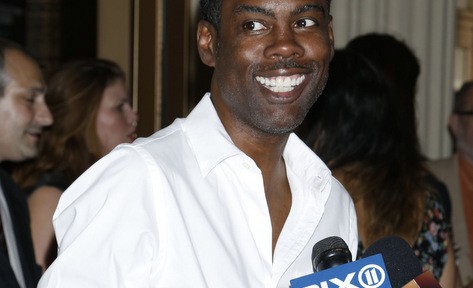 The image shows an older man being yelled at by his wife, with the text, “Here’s to Lamar Odom on being the first guy in history to have coke and hookers save his marriage.”

Chris Rock sent out the funny tweet to his 3.59 million followers with the caption: “Stay strong Lamar.” As usual, some found the ecard pretty funny, while others criticized the comedian for being insensitive while Odom is still in serious condition.

A few angry fans took to Twitter to weigh in on the joke, which we admit is in poor taste (but also true).

One fan tweeted, “Chris I like u but am disappointed n u 4 this joke about Lamar. The man is still critical condition. Have some (heart emoji) Chris #notcool.” Odom is currently recovering in a Los Angeles-area hospital after waking from a coma that followed a four-day bender at a brothel in Nevada.

His estranged wife, reality star Khloe Kardashian, has been by his side ever since.

Most of us were shocked to hear that Khloe and Lamar even decided to call off their divorce.  Lamar promised her that he was finished doing drugs. Guess time will tell!

Rock’s tweet came just days after it was announced that the comedian would be hosting the 88th Academy Awards, which falls eleven years after the first time he hosted the awards show.

The Oscars will be held on February 28 at the Dolby Theater in Hollywood. Chris Rock tweeted, “I’m so glad to be hosting the Oscars. It’s great to be back.”