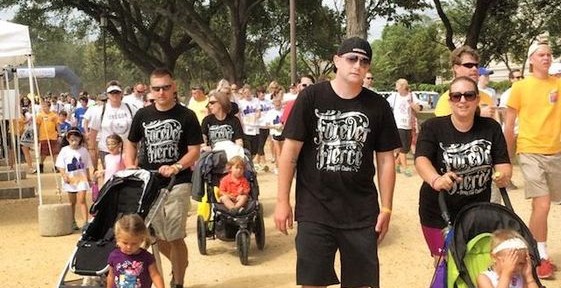 The Secret Service has said “sorry,” after moving hundreds of child cancer patients and their parents out of the park across from the White House, so President Barack Obama could be driven to an event nearby.

An agency spokesman apologised after bum-rushing the group, which numbered 700 and had a permit, during an awareness-raising event and candlelight vigil, while the President was being transported by motorcade. The Secret Service did not comment on why the closure for this particular travel was so lengthy, but did apologize: “The Secret Service would like to express its regret for not communicating more effectively with this group concerning the timeline for protectee movements in the vicinity of Lafayette Park.” Attendees described scenes of crying children and angry parents being barred from re-entering the park for at least two hours during the time the Secret Service had closed and guarded the area, despite the group having obtained a permit to use the park between 7-9 p.m. Saturday. h/t local8now

Many of the children became tired or needed their medication, and had to return to their hotels with their families.