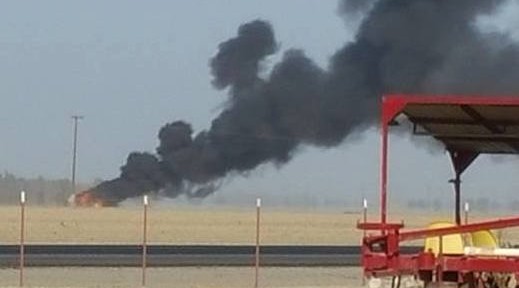 Authorities have confirmed they are investigating a plane crash, but have not confirmed what exactly it was, however, news from the ground says it was an F/A-18 Super Hornet fighter jet.

The crash happened in the area of Highway 198 and the Avenal cutoff, which is just outside the Naval Air Station Lemoore near Fresno California.