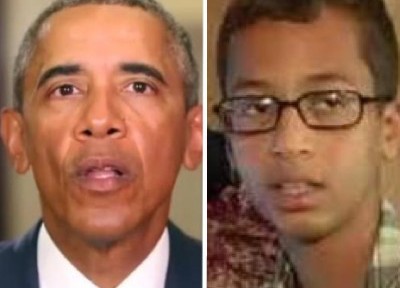 President Obama invited Ahmed Mohamed to visit the White House after the Muslim ninth-grader was arrested for bringing a homemade clock to school.

After realizing their untimely mistake, Police in Irving, Texas announced they will be filing no charges against the teen. “Cool clock, Ahmed,” Obama tweeted about Ahmed Mohamed, 14. “Want to bring it to the White House? We should inspire more kids like you to like science,” the president added. “It’s what makes America great.”

Mohamed was also suspended for three days by Irving School District administrators after alarming teachers when his homemade clock went off during class.