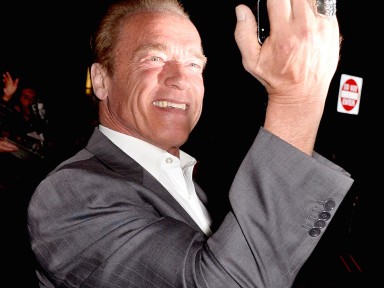 Arnold Schwarzenegger is officially replacing Donald Trump as host of “The Celebrity Apprentice,” NBC has announced.

Schwarzenegger will take over the “CEO” role on the popular reality-competition that employs celebrities to act as entrepreneurs. “I have always been a huge fan of ‘The Celebrity Apprentice’ and the way it showcases the challenges and triumphs of business and teamwork. I am thrilled to bring my experience to the boardroom and to continue to raise millions for charity. Let’s get started!” In fact, it will be more than a year before Schwarzenegger makes his debut on the show. NBC said “Celebrity Apprentice,” exec produced by Mark Burnett, will return to the air sometime in the 2016-17 season. h/t Variety

Arnold’s new gig comes on the heels of a departing Trump, who bowed out of the show to run for the GOP nomination for president.