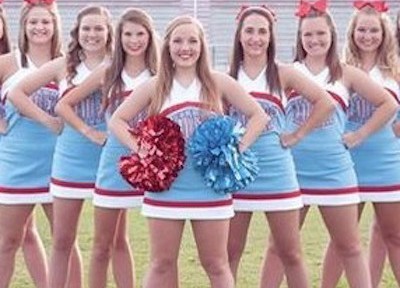 A cheer squad is catching a barrage of hate over their September 9/11th tribute which went viral.

The routine, which used clips of former President Bush, has received both positive and negative reviews, some saying they think it was triumphant, while other saying it was nothing short of tasteless. The cheerleaders from Lumberton High School, in Texas, performed a routine to mark 14 years since the Sept. 11 attacks. The group has reported performed a 9/11-themed routines since 2002. “We do this because we believe it is very important to honor and remember the first responders, those who gave their lives, and those who still mourn the hole left by lost loved ones,” the squad leader told reporters.
h/t kctv5

The video has been viewed a staggering 24 million times since it was posted on Facebook Friday.