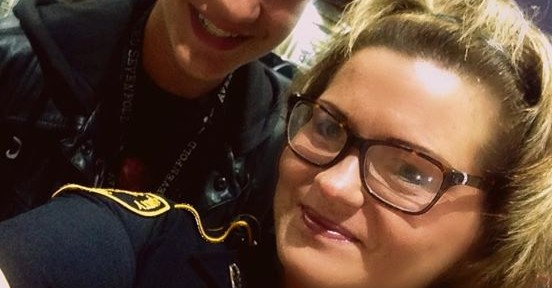 The selfie, that is making its way around the world via social media, seems like no big deal at first glance, but the story behind the photo gives it special meaning. Kelley explains that while she was filling up her patrol car early in the morning, a teenage boy approached her asking if he could stand behind her as she pumped gas. When she asked ‘why,’ the boy told her he just wanted to make sure she stayed safe. h/t wgntv

A thankful Kelley shared the encounter on social media and the rest is viral history.