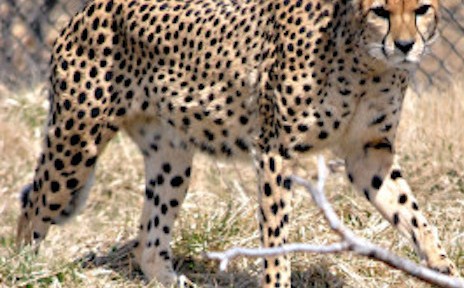 The Indianapolis Zoo is searching for a cheetah after it escaped from its enclosure, forcing patrons to shelter inside bathrooms.

One family visiting the zoo said staff issued a Code Red and they were rushed to shelter inside facility bathrooms. “We were right by the penguins, close to the plains, and employees just kind of rushed us and said, ‘You need to go to the bathrooms. There’s been a Code Red,'” Knight said. “They told us there was a cheetah. My husband and son and little girl had to separate into different bathrooms.” Knight said she was told the cheetah somehow got onto the “beaver bridge” and managed to escape its enclosure. “We were in the bathroom for about 20 minutes, then they said we could leave but had to go toward the front of the zoo,” she said. “So we were kind of hanging out, then they said everyone had to go back inside and we were rushed into the aquarium.” h/t theindychannel

Several zoo visitors took to Twitter about the cheetah, which was reportedly still on the loose as of 10:20 a.m.