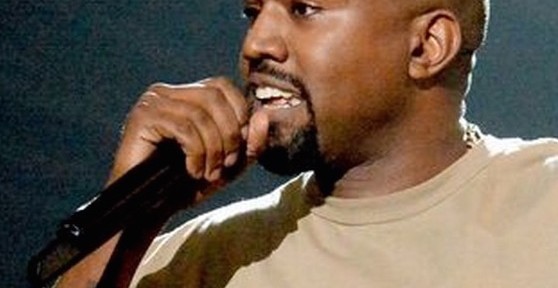 Here it is! Kanye West‘s full MTV VMAs speech transcribed! We know you’d want to relive the the rapper’s words of wisdom again and again! So you’re welcome!

Read and learn kids, bro, whoever. “I have been a fan of his since I can remember because Kanye defines what it is to be a creative force in music, fashion and well, life.” And then Taylor went there. “And so I guess I have to say to all of the other winners tonight: I’m really happy for you, and I’mma let you finish, but Kanye West has had one of the greatest careers of all time!”

Not only did he become only the third rapper to even win the prestigious award (joining LL Cool J and the Beastie Boys in rarified air), but he joined the likes of Madonna, Janet Jackson (and, of course, MJ), U2, frequent collaborator director Hype Williams – who he inducted in 2006, as well as Britney Spears, Justin Timberlake and Beyoncé.

Oh, and he also gave an acceptance speech for the ages. Even for Kanye.

As shouts of “Kanye! Kanye!” broke out in the room, West looked genuinely humbled and amazed at the prolonged standing ovation, pausing to let the adulation sink in. And then it was on.

“Bro. Bro! Listen to the kids,” he said with another smile. “First of all, thank you Taylor for being so gracious and giving me this award this evening,” ’Ye added, as the camera cut to Swift standing with her arm around Kim Kardashian West.

“And I often think back to the first day I met you also. You know I think about when I’m in the grocery store with my daughter and I have a really great conversation about fresh juice… and at the end they say, ’Oh, you’re not that bad after all!’ And like I think about it sometimes… It crosses my mind a little bit like when I go to a baseball game and 60,000 people boo me. Crosses my mind a little bit.”

Not to worry, though, the audience had his back, screaming even louder.

“And I think if I had to do it all over again what would I have done?,” he wondered. “Would I have worn a leather shirt? Would I have drank half a bottle of Hennessey and gave the rest of it to the audience? Ya’ll know ya’ll drank that bottle too! If I had a daughter at that time would I have went on stage and grabbed the mic from someone else’s? You know, this arena tomorrow it’s gonna be a completely different setup. Some concert, something like that. The stage will be gone. After that night, the stage was gone, but the effect that it had on people remained.”

As the camera cut to a serious Taylor and proud Kim you could see that they both felt the deepness of what Kanye was getting at, the profound change that’s come over him in the years since he and Taylor last shared this stage. And for a moment, even ’Ye seemed a bit overwhelmed at his own words, pausing as he appeared to choke up a bit.

“The… The problem was the contradiction. The contradiction is I do fight for artists, but in that fight I somehow was disrespectful to artists,” he explained. “I didn’t know how to say the right thing, the perfect thing. I just… I sat at the Grammys and saw Justin Timberlake and Cee-Lo lose. Gnarls Barkley and the FutureLove…SexyBack album… and Justin I ain’t trying to put you on blast, but I saw that man in tears, bro. You know, and I was thinking, like, ’he deserved to win Album of the Year!’”

The crowd, and Taylor, seemed to agree.

“And this small box that we are as the entertainers of the evening… How could you explain that?” he asked. “Sometimes I feel like all this s–t they run about beef and all that? Sometimes I feel like I died for the artist’s opinion. For artist’s to be able to have an opinion after they were successful. I’m not no politician bro!”

“Look at that. You know how many times MTV ran that footage again? Cuz it got them more ratings? You know how many times they announced Taylor was going to give me the award cuz it got them more ratings? Listen to the kids bro!” he said, waving his mic around. “I still don’t understand awards shows. I don’t understand how they get five people who worked their entire life… sold records, sold concert tickets to come stand on the carpet and for the first time in they life be judged on the chopping block and have the opportunity to be considered a loser! I don’t understand it, bruh!”

And he wasn’t done.

“I don’t understand when the biggest album, or the biggest video… I’ve been conflicted, bro. I just wanted people to like me more,” he said. “But f–k that, bro! 2015! I will die for the art! For what I believe in. And the art ain’t always gonna be polite! Ya’ll might be thinking right now, ’did he smoke something before he came out here?’ The answer is yes, I rolled up a little something. I knocked the edge off!”

And for a moment, he grabbed his head, as if in pain, still collecting the thoughts he wanted, needed to get out.

The crowd was with him all the way.

“If my grandfather was here right now he would not let me back down,” ’Ye shouted. “I don’t know I’m fittin’ to lose after this. It don’t matter though, cuz it ain’t about me. It’s about ideas, bro. New ideas. People with ideas. People who believe in truth. And yes, as you probably could have guessed by this moment, I have decided in 2020 to run for president.” h/t mtv

This is the end. Drop mic.