President Obama To Appear On Running Wild with Bear Grylls 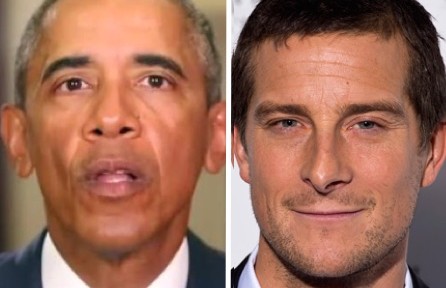 Grylls and Obama will join forces to trek through the Alaskan wilderness as the president receives a “crash course in survival techniques” from Grylls for a special episode of “Running Wild,” scheduled to air later this year. The White House confirmed the announcement, adding that filming for the episode will take place Tuesday on Exit Glacier in Alaska’s Kenai Mountains. h/t thehill