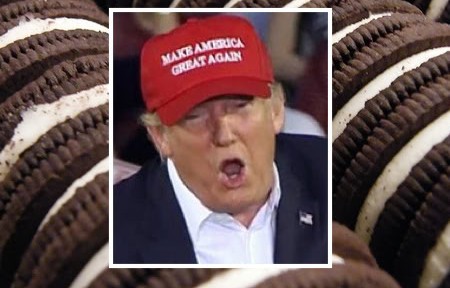 Donald Trump is giving up the sweet stuff after Oreos maker, Nabisco, announced their move out of Philly and into Mexico. “You know, Mexico is the new China,” Trump told the crowd, referencing the recent decision by Nabisco to move its factories there. Oreos — more specifically, Nabisco — caused the ire of the billionaire presidential contender after the company announced its decision not to invest the $130 million for a factory upgrade and will move production across the county’s southern border into Mexico. Nabisco also recently shut down its Philadelphia factory in an effort to expand factories in Virginia and New Jersey, although union members believe their jobs will eventually be outsourced to Mexico as well.

American workers are constantly in fear losing their jobs to outsourcing in order for the company to employ cheap laborers.