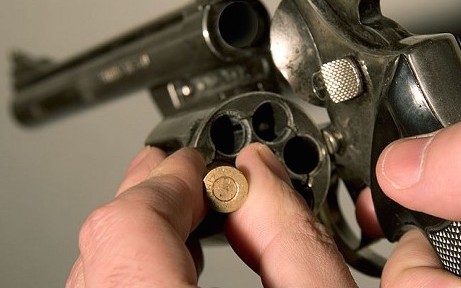 A Macon, Ga., teen has died after being mortally wounded in a game of Russian roulette.

Coroner Leon Jones, of Bibb County told reporters, Quintin Jackson, 18 was pronounced dead Tuesday morning after engaging in the deadly game. Jackson’s death has been ruled accidental, and not a suicide. According to a news release from the Bibb County Sheriff’s Office, Jackson was with two friends on Monday afternoon when he removed all but one round from a gun, pointed the firearm at himself and pulled the trigger twice before the gun fired. h/t wctv

Jones says an autopsy for Jackson was scheduled for Wednesday morning