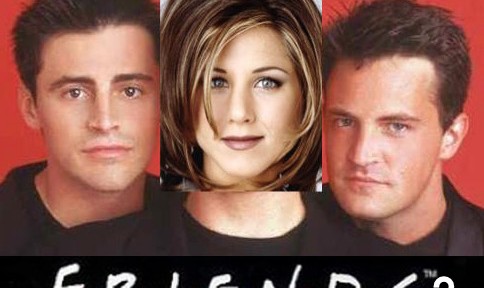 They may have played best “Friends,” on one of TV’s most popular series, but off-screen, Matthew Perry and Matt LeBlanc weren’t even important enough for Jennifer Aniston to have invited them to her surprise wedding to Justin Theroux.

Chandler and Joey confirmed they were not invited to Rachel’s secret wedding to Theroux last week. ‘I was surprised,’ Perry told Entertainment Tonight of the nuptials. ‘I didn’t know about it.’ However, the Odd Couple actor said he was ‘very happy’ for the newlyweds. LeBlanc and Perry were asked about Aniston’s wedding at a CBS, CW and Showtime party in Los Angeles on Monday. LeBlanc echoed Perry’s good wished, and pointed out that the wedding ‘was small’. ‘I wasn’t there, so I wish her the best,’ the Episodes actor told ET. And he told People magazine: ‘I think they’re a great couple. I think she’s happy. And that’s all I care about is that Jen’s happy.’ ‘If she wanted me there, I would have been there.’ h/t dailymail

A snarky LeBlanc dismissed any bad blood between him and his castmate, saying he was happy to hear Courteney Cox and Lisa Kudrow were able to attend Aniston’s big day.