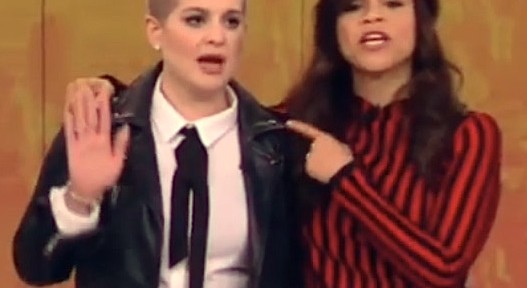 After a visibly forced televised apology to Kelly Osbourne, Rosie Perez has reportedly quit her post on The View, several shows early of a planned exit.

Sources say, Network executives demanded Perez ease tensions between her and Kelly after her racially charged remarks about Latinos. Rosie Perez canceled her last appearances on The View after being forced to apologize to Kelly Osbourne for her anger at her co-star’s racist remark about Latinos. Rosie refused to turn up for her two, final live shows last week and skipped several, pre-taped appearances after having an intense blow-up with ABC executives over Kelly’s on-air comment. h/t lovebscott

Osbourne, 30, caused outrage on social media after asking: ‘If you kick every Latino out of this country, then who is going to be cleaning your toilet, Donald Trump?’