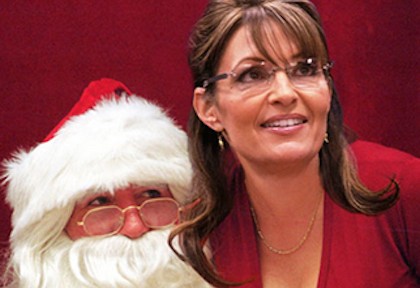 Bristol Palin took to her personal blog to kinda-sorta endorse Donald Trump while slamming Erick Erickson, of RedState, (the guy who recently fired Trump from an important speaking engagement,) over posting a provocative photo of her mother, Sarah Palin, which appears to have been photoshopped. Want to learn some “lessons in sexual and political decency” from Erickson?  Here are three:

1.  Erickson’s RedState once used a demeaning fake photo (wearing a revealing shirt with Santa Claus) of my Mom for an attack article on her.  Erickson refused to take it down even after he was made aware that it was photoshopped. 2.  He once called Supreme Court justice David Souter “the only goat fucking child molester to ever serve on the Supreme Court.”