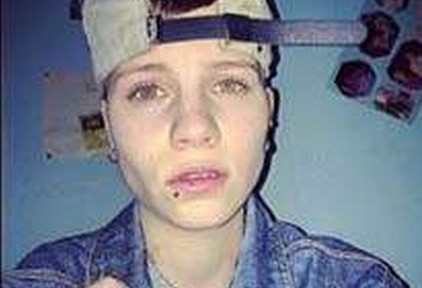 “American Idol” hopeful, Natasha Bellott, died in a single vehicle crash on the way home from her audition. Her Golden Ticket found in her pocket.

Bellott, 20, was killed and of her friends were seriously injured after their 2003 Jeep Liberty SUV was involved in a rollover accident on Interstate 95 in Pennsylvania Sunday. The blossoming singer and her friends were on their way back to their New Jersey homes after attending “American Idol” auditions held at Temple University’s Liacouras Center in Philadelphia. Reports say, the driver lost control after passing another vehicle on the shoulder at a high rate of speed, police say a preliminary investigation reveals. Their SUV moved from the right northbound shoulder across both northbound lanes and into the center grass median of I-95, where it flipped and rolled over several times, according to the police report. Three of the six people in the car were ejected from the vehicle upon impact; by the time authorities arrived after getting the 6:45 p.m. call, all six were lying in various spots outside the SUV. The woman who auditioned for “American Idol” earlier that day, Natasha Bellott, of Bloomfield, and a friend, 19-year-old Leslie McCoy, of Montclair, were taken to Saint Mary’s Medical Center by ambulance. h/t nbcnewyork

Bellott was pronounced dead at the hospital; she had just turned 20 years old.

Police said Bellott still had her “American Idol” golden ticket in her pocket.