Bobbi Kristina Really Died In January, Her Body Lived Until They Said So.. 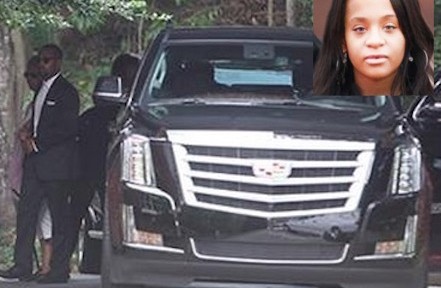 As Bobbi Kristina‘s wake is being attended by family members and close friends at Murray Brothers Funeral Home in Atlanta, Friday, people on social media are sounding off on Facebook, venting long pent up feelings, possible steeping since January.

One comment, on one of the many threads of comments caught our eye. It was posted in response to the ET story on Bobbi Kristina’s wake. And it was brief and to the point..

“Bobbi Kristina Really Died In January, Her Body Lived Until They Said So.”

The comment is obviously in reference to Bobbi Kristina being kept on life support systems before the family decided to pull the plug. The comment has received dozens of “likes.”

Julie Milburn Really she died In January. Her body lived until they said so.

Amie Lee Yup. Her family were too selfish to turn the life support off sooner. They just dragged it out!!!

Deborah Carter Julie & Amie- I don’t disagree, but when it’s your child it would be sooo hard to let your child go, even if the person knows the real truth….they have to come to grips w/ that first…..Who would want to make that decision? I know the time I had wh…See More

Sharonda Clifegoeson Braxton Amie Lee, Selfish??? Please ..when you have the money and the means, you do EVERYTHING within your power to be SURE your loved one can not be saved. As you’ve seen “via media” outlets that that is exactly what her family did. Had all the top Neurologis…See More

Deborah Carter Sharonda….you made a good points…I can honestly say if it were my daddy…HE WOULD HAVE DONE THE EXACT SAME THING….REGARDLESS OF THE EXPENSE…So, I’m not mad at them for wanting to believe/hope/pray that she wakes up…any parent would……but …See More

CE Smallwood What is wrong with you people. Julie and Aimee who are you to judge. Shame on both of you for such hateful comments. It’s never right or wrong it’s simply their decision.

Colette Lopez I loss my 19 yr old son in 2003. I still grieve, and hurt like I lost him yesterday. He died instantly in a car accident. My selfishness still wishes I had 1 more moment with him, for him to be in a coma to tell, impress upon him how much I loved hi…See More

Deborah Carter ColetteL…I can’t imagine, so sorry for your loss…..& you are correct..Until one has had to deal w/something like losing a child/letting a child go…..don’t judge….I agree….In time when you think of your son, may it bring a smile to your face….

Bobbi Kristina will be buried on Monday alongside her mother at Fairview Cemetery in Westfield, New Jersey.