You Won’t Believe What TED NUGENT Said About CECIL 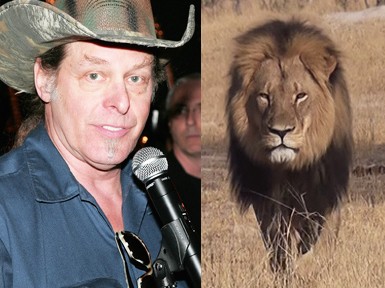 Ted Nugent, a huge hunting enthusiast, shared his thoughts on the slaughter of Cecil the lion, saying he believes the entire story is “fake.”

Nugent, speaking out on Facebook, says he doesn’t buy the story at all. “[T]he whole story is a lie. It was a wild lion from a ‘park’ where hunting is legal & ESSENTIAL beyond the park borders. all animals reproduce every year & would run out of room/food to live w/o hunting. I will write a full piece on this joke asap. God are people stupid” h/t uproxx

Nugent considers Cecil’s death to be a “joke,” and many of his Facebook commenters echoed the same sentiment.