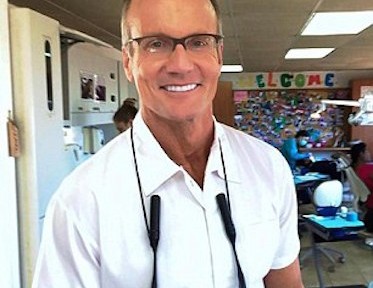 Following an unprecedented social media backlash for his role in the death of Cecil the lion, it has been revealed Dr. Walter Palmer was sued in 2009 and paid out $127,500 to settle a sexual harassment claim by one of his longtime female employees.

The now infamous Minnesota dentist who gained worldwide notoriety for killing the most famous and beloved lion in all of Africa, made the sizely settlement to a former employee at his Minneapolis practice who alleged that he subjected her to ‘ongoing and unwelcome sexual harassment, including unwanted verbal comments and physical conduct involving the woman’s lady parts. The woman alleged that Dr. Palmer, who has gone into hiding since he slaughtered Cecil the lion, was asked to stop his behavior, but continued. Her complaint also alleges she also lost her job because she reported his alleged untoward conduct. According to the claim filed with the Minnesota Board of Dentistry, the employee worked for Dr.Palmer from 1999 to January 2005 and also had dental procedures performed on her by the married father of two. Dr. Palmer said that he settled financially to ‘conclude the matter quickly and efficiently’ and it did not amount to any admission of wrongdoing.
h/t dailymail

After the payoff, the Minnesota Board of Dentistry dismissed the complaint and ordered Palmer to complete a course in ethics.