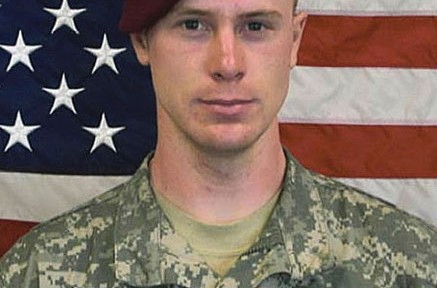 Bowe Bergdahl, the disgraced U.S. soldier who was released in a prisoner exchange in Afghanistan in exchange for five Taliban detainees, is now apparently living the high-life after winding up smackdab in the middle of a pot raid earlier this week in northern California.

Mendocino County Sheriff’s Office told reports Thursday that the county’s marijuana eradication team encountered Bergdahl on Tuesday while serving a search warrant on a home in Redwood City, Calif. Bergdahl was detained, but ultimately was “determined not to be connected to the operation. Officials said that there was no evidence to suggest the deserter was involved. When Bergdahl encountered the law enforcement team, Van Patten said he identified himself while the sheriff’s office reached out to the Department of Defense. The agency confirmed Bergdahl was on leave, and asked for their assistance in getting him back. h/t military

Sheriff’s office personnel later drove Bergdahl “to a halfway point,” where he met up with army representatives.