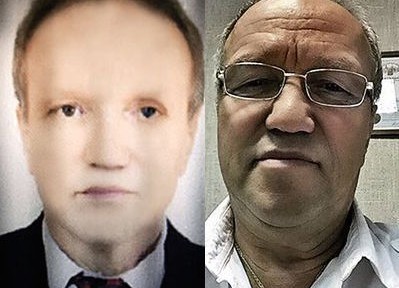 Semen Gendler, a white man who was given a new liver from a black donor has made the shocking claim that his skin is now turning black since the operation.

Gendler, 65, was in urgent need of a liver after being diagnosed with hepatitis C and cancer. Doctors told him his only hope was a liver transplant. After successfully undergoing the transplant his skin started turning black. It was later revealed that his new liver came from an African-American donor. Mr Gendler said: “Russian doctors made it quite clear to me that if I didn’t have a liver transplant I would not live.

“I do a lot of business in the US with partners in New York, and I asked them to help me arrange for the operation where if you have enough money it is possible to do it more quickly than in Russia.

He said that he had been initially delighted at having the liver of a 38-year-old and added that it had given him a new lease of life.

But he said he thought his former KGB colleague Igor Atamanenko was joking when he noticed that he seemed to be changing colour.

Igor told Russian media: “I noticed that his skin was getting darker. When he told me they had given him the liver of an African-American man, I guess that was probably the reason for the colour change. h/t mirror

Gendler’ claim is raising questions, not only as to the veracity of his skin-tone change story, but also as to how a Russian was eligible for a transplant in the United States, where there is reportedly a shortage of donors for Americans on the waiting list.