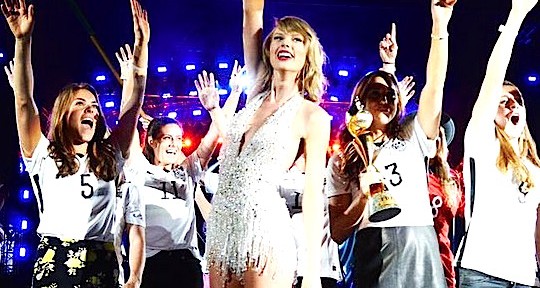 The appearance was a crescendo for the girls who won the Women’s World Cup last Sunday. One of these things is not like the others.